Descair, previously Almacorp Inc. (operating for Airco, QuéMar and Den Bec), is a distributor-wholesaler of heating, ventilation, air conditioning and refrigeration (HVAC & R) products and was created in 1971. This subsidiary has 6 branches and 2 service counters.

In July 1996, a significant number of shares are acquired from Almacorp Inc., a refrigeration and air conditioning units, parts and equipment distributor. It has 9 branches operating under the names of Airco and QuéMar.

In December 1997, Almacorp Inc. acquires all of Équipement Den Bec Inc.'s shares, a company specialized in the distribution of ventilation products and accessories and other related products. Its sales team is active in all of Eastern Québec and in part of New-Brunswick.

Almacorp Inc. acquires significant interests in Revac Distribution Inc. in January 1998. Revac is a company which specializes in the distribution of air-conditioning units, accessories and other related products.

In May 2011, the Descair branch in Ville St-Laurent moves to a new space on Vanden-Abeele Street.

In March 2012, Descair Inc. acquires Air P.C. Distributions, a company specializing in the sales of residential, commercial and industrial ventilation equipment in Mascouche.

On November 1, 2012, Descair Inc. purchased Gelair Inc. who specializes in the sale of refrigeration and air conditioning equipment since 1992 and operates from three locations: Laval, Montreal and Longueuil.

In March 2015, the Laval branch, located at 3175, Industriel Blvd., is completely renovated in order to improve its service.

On May 20, 2015, Descair Inc. launches its new transactional website: descair.ca . 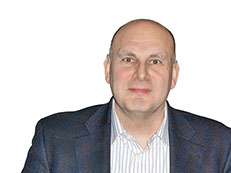